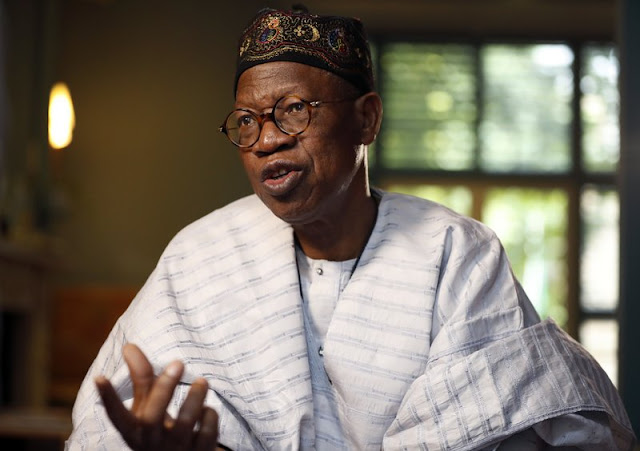 The Peoples Democratic Party (PDP) on Tuesday charged the All Progressives Congress (APC) to return all stolen funds used to finance President Muhammadu Buhari’s election in 2015 back to the Federation Account.

PDP made the call while reacting to Minister of Information, Lai Mohammed’s claim that it should return alleged loot back to the coffers of government.

The PDP in a statement signed by its spokesperson, Kola Ologbondiyan said the APC and Federal Government cannot continue to

“play the saints when state governors, who stole hundreds of billions of naira meant for the development of their states to fund Buhari in 2015, are still enjoying cover as members of the Buhari kitchen cabinet, despite outrage from Nigerians.”

Ologbondiyan observed that there was no evidence that PDP, as a party looted any public fund, adding that, the “APC and Buhari campaigned for the 2015 presidential election with looted billions of naira meant for the provision of essential amenities for ordinary Nigerians.”

The party insisted that the Minister of Information “misfired in his outburst that the PDP should return alleged looted funds, when the only party known to have used looted funds has always been the APC.”

“It is, to say the least, despicable that the APC and its Federal Government, in their arrogance, would always try to play the saint when they were elected with stolen fund and have continued to reek with filth and sleaze.

“Nigerians are aware that prior to the 2015 election, President Buhari had informed that he was insolvent.

“He however took Nigerians by surprise as he enjoyed one of the most expensive presidential campaigns in the history of our nation, while turning a blind eye to reports of massive looting of funds from APC controlled states.

“Indeed, if there is any party that should refund looted funds, it is the APC, which directly used stolen money to scheme in the election of President Buhari in 2015, while known culpable persons now sit comfortably around the Presidential table, still superintending over the looting of our common patrimony.

“This is the APC, whose government, has been rated by international bodies including the Transparency International (TI) which latest report shows that corruption and sleaze had escalated under its watch.

“This is the same government where ministers and officials indicted for corruption and looting of public funds, particularly in the oil and gas sector, which is directly under the purview of Mr. President, are shielded and condoned.

“Even presently, Mr Adebayo Shittu, the Minister of Communication, has been accused of owing his aides N13m; that he has no fewer than 12 houses across the nation; bought a N93m printing press; bought 25 luxury cars for his personal use, among others.

“Yet, nothing has been heard from either the dysfunctional APC or its incompetent federal government.

“While the re positioned PDP maintain its unpretentious stance towards Nigerians, we charge the Minister of Information to direct his demand to the Presidency and the APC as Nigerians are expecting them to refund the stolen funds they used to scheme themselves into office in 2015.”