Mavin act, Rema has revealed that Starboy, Wizkid is a legend that inspires him and his generation.

The “Beamer” Singer in a recent question and answer session with the ravers via his Instagram page made several about his love life, music, and forthcoming fa. When the singer was asked whether he has had a girlfriend before, he gave an affirmative answer explaining that his ex didn’t deserve him.

Speaking on whether Wizkid influenced him or not, Rema said called the “Joro” singer a legend and went on to speak about how legends have inspired his generation and how he also intends to do the same to the next generation so as to preserve his legacy. 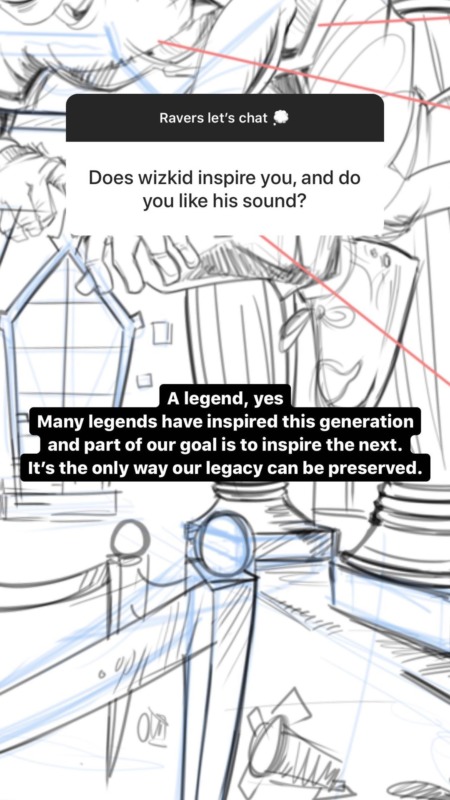